It Might Be Time to Replace Your Sump Pump

Major plumbing repairs are never a fun undertaking, but it’s always better to proactively replace an important piece of equipment before it fails rather than having to deal with the aftermath of a serious plumbing issue. Your sump pump is probably a piece of equipment that you don’t pay much attention to, but when a sump pump fails it can spell disaster. Without a working sump pump, your basement will flood, creating water damage to anything stored in your basement and inviting mildew, mold, and other serious health hazards. In today’s blog, we teach you the warning signs to watch out for so you know when to replace your sump pump before it fails. Learn more, below. 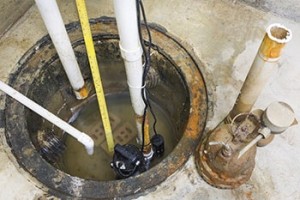 Is it time to replace your sump pump?

It Might Be Time to Replace Your Sump Pump

Your sump pump will usually start raising a few red flags before it fails completely. The biggest warning signs you should watch out for include:

Is it time to replace your sump pump? Call the experts at Master Plumbing & Mechanical

Got plumbing problems? Give Master Plumbing & Mechanical a call at 301-650-9100 and let our experienced plumbers get the job done right.

We’ve received Angie’s List Super Service Awards for both plumbing and drain cleaning every year consecutively, going back to 2007, as well as the Best Plumber award from Best of Bethesda. Our company is fully licensed, bonded, and insured and we offer friendly, courteous service with fast response times.

Categories: Plumbing Repairs | Tags: plumbing and sump pump
This entry was posted on Thursday, March 3rd, 2016 at 9:49 pm. Both comments and pings are currently closed.