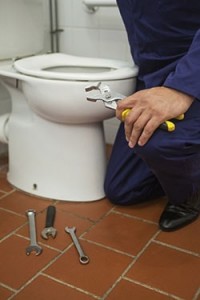 Nothing is more annoying than a toilet that won’t stop running.

Nothing is more annoying than a toilet that won’t stop running. Or it gets blocked and floods every time the flusher malfunctions. Here are some frequent toilet issues that you can try fixing by yourself.

When a toilet is operating normally, a single push of the flusher will carry away all the contents of the bowl. Unfortunately, that doesn’t always happen. Toilets that seem to be running by themselves are due to ghost flushing, or phantom flushes. This means something is wrong with the flapper. Although you can replace the flapper on your own, it’s better if you call the experts to handle it for you.

Water in the Tank

Too much water in the toilet bowl can lead to headaches such as a flood in your bathroom. Having too much water in the tank might not seem like a problem – or at least, you might not think of it as an issue. There’s probably too much water coming into through a component known as an inlet valve, which produces a sinister hissing sound. Look at the float, the refill tube, and the inlet valve. If the refill tube is too deep in the overflow tube, you’ll need to move it.

Sometimes, you’ll encounter a weak flush. This means that the flush cycle doesn’t completely finish, and whatever you were trying to flush doesn’t disappear. While it’s hard to see under the rim of the toilet bowl, that’s where the problem starts. There are holes under the rim that can become blocked, and you have to unblock them using some wire. This wire can also be from a coat hanger in a pinch. But however you tackle the problem, be sure not to leave any scratches in the bowl that could affect how well the bowl drains. You could end up with more clogs or leaks if you’re not careful.

Categories: Blog
This entry was posted on Friday, September 21st, 2018 at 7:41 pm. Both comments and pings are currently closed.