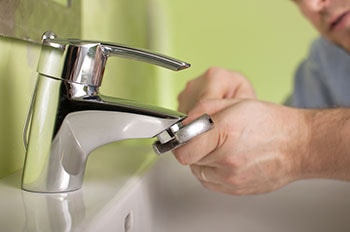 Read on for five of the most common plumbing myths.

Plumbing is the ultimate DIY trap. Everyone knows that plumbing issues can quickly become a homeowner’s nightmare, but those same people are quick to try to tackle a DIY plumbing task rather than risk paying a professional for something that seems like an “easy fix.” Because of this, the field of plumbing is riddled with myths and old wive’s tales about ways to quickly and easily fix minor plumbing annoyances. Unfortunately, many of these “hacks” can do more harm than good. Read on for five of the most common plumbing myths.

Lemons In The Garbage Disposal

Many people say to put lemons down the garbage disposal to freshen it, but this can actually be very dangerous. The lemon will freshen the disposal, but it also might cause an issue for the disposal, specifically the peels if they don’t grind up enough. Additionally, even if the whole thing does grind up enough to go down the drain, it could still cause a clog down the line.

Flushable wipes rank up there with flushable litter as a dangerous misnomer. These wipes are not biodegradable, so in addition to being terrible for the environment, they also pose the risk of clogging your pipes. The bottom line is that anything that doesn’t break down in water could eventually clog your plumbing system if you flush too many of them, and “flushable” wipes are no exception.

Toilet cleaning tablets are another promising dream that could result in a nightmare. No one likes cleaning the toilet, so it is great to think that a little tablet in the tank could do the job for us. Unfortunately, those tablets are often bleach, which can corrode your toilet over time and cause major issues.

Soap And Water On Faucets

The soap and water might be handy, but you should not use them to clean your faucets and fixtures. This hack has mostly arisen out of efficiency – you’re already washing your hands, go ahead and wash the fixture too – but the truth is that many faucets will corrode or rust from the practice.

A Brick In The Tank

The water-saving “hack” here is that putting a brick in the toilet tank displaces some of the water so that it doesn’t use as much water to fill the tank. The trade-off, however, is that you then have less water to flush with, and often this means that you and up flushing more than once, especially for solid waste. The other hazard is that eventually, that brick will start to break down in the water, and then it could be the root of some real issues for your toilet.

Give Master Plumbing a call at (301) 650-9100 or contact us online to get more information on how our expert plumbers can help you with your dripping faucet (or just about anything else plumbing related!). We have received Angie’s List Super Service Award recognition for plumbing and drain cleaning every year since 2007, in addition to the Best Plumber award from Best of Bethesda. We are fully licensed, bonded, and insured and our service is unparalleled. Give us a call today—you won’t regret it! To see examples of our projects, follow us on Facebook, Twitter, and Pinterest.

Categories: Plumbing | Tags: plumbing, plumbing myths, and tips for homeowners
This entry was posted on Friday, January 10th, 2020 at 3:45 pm. Both comments and pings are currently closed.