The Signs You Need a New Sump Pump 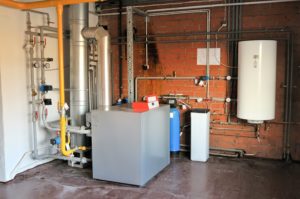 Many homes have consistent problems with moisture in the basement. One of the best ways to combat that is with a sump pump. Read on to learn more!

Did you know that almost 60% of homes across the United States have consistent problems with moisture in the basement? Unfortunately, if you let moisture problems go unaddressed, there is a high chance that you will have mold problems that can lead to serious health consequences. One of the best ways to deal with excess basement moisture is a sump pump. What are some of the signs that you need a new sump pump in your basement?

Is your sump pump making noises that you haven’t heard it make before? This is often a sign that certain parts of the pump itself are starting to wear out. One of the more concerning sounds that you can hear is vibrating, as this indicates issues with the impeller that allows the sump pump to run properly. This could be fixed with repairs, but it might also be a sign that you need a new sump pump entirely.

Running All the Time

There are few things worse than a sump pump that does not turn on when you need it to, but having a sump pump that runs all the time is just as bad. In some cases, this can mean that there is a problem with the switch forcing it to trigger more often than it should. In other cases, there might be a power issue that could be fixed. However, you might need a new sump pump if the damage is severe or your sump pump is simply not equipped to handle the volume of water where you live.

Rust is a sign of irreversible damage on any metal object, and sump pumps are no different. There are a variety of things that can start to rust on your sump pump, including battery terminals and more. Instead of allowing the rust to continue damaging the sump pump and potentially introducing bacteria into the water, it’s best to replace it entirely.

It sounds counterintuitive, but a sump pump that does not turn on often enough can actually break. You might need a new sump pump if yours gets very little use. In the same way that your car battery has to be turned on every now and then in order to function, your sump pump needs some level of use throughout the year. If it has been a very long time since your sump pump has been used, replacement might be needed.

Give Master Plumbing a call at (301) 650-9100, or contact us online to get more information on how our expert plumbers can help you with just about anything plumbing-related! We have received Angie’s List Super Service Award recognition for plumbing and drain cleaning every year since 2007, in addition to the Best Plumber award from Best of Bethesda. We are fully licensed, bonded, and insured, and our service is unparalleled. Give us a call today—you won’t regret it! To see examples of our projects, follow us on Facebook and Twitter!